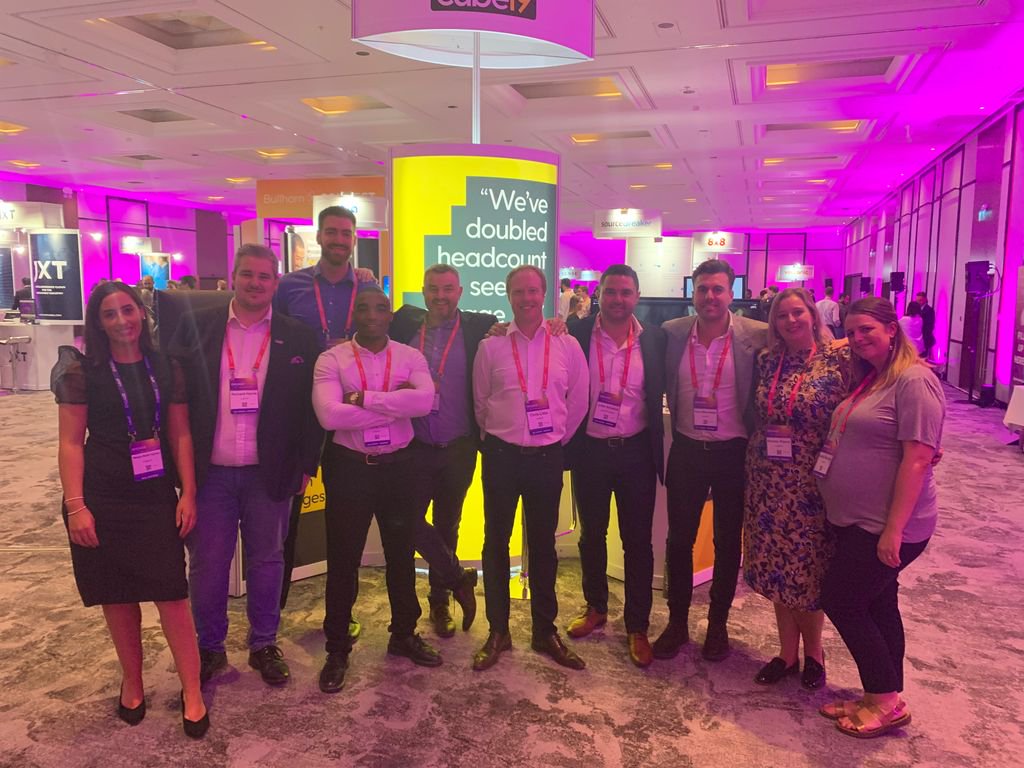 Following the success of Bullhorn Engage London last week- where over 1000 recruiting and staffing professionals joined forces to network, learn and create opportunities – here are my three key takeaways from the UK’s recruitment event of the year.

Brady set the standard for the day with an inspiring and motivating opening keynote. She walked us through her career, and through the challenges, she faced being a female in a male-dominated industry.

“You’ll have to be twice as good as the men to be seen as half as good.”

This is what she was told aged 23 – when she took over Birmingham City Football Club in 1993.

Following her impressive career timeline, Brady broke her message down into 6 simple keys to success:

Papas went on to discuss how the demise of the recruitment industry had been predicted several times, each time as a result of a technology advancement; job boards, vendor management portals and LinkedIn to name a few – yet the sector continues to grow.

Bullhorn’s Founder moved on to project his predictions for the future of the industry. By 2030 he believes that artificial intelligence will complete;

The insight was drawn to a close with Papas questioning what advice you could take from your future self;

Goddard, famed neuroscientist and recruitment expert returned to Engage London and delivered an educational keynote on the science of stress.

“Situations don’t cause you stress; it is your perception of what is occurring that causes the reaction in your body known as stress”.

Following a clip from a Formula 1 race where Max Verstappen and his team faced difficulty and overcame boundaries together to result in a win, Goddard spoke about how teams can navigate stressful situations to build team resilience.

Essentially this boils down to;

In her own words “Admitting you don’t know something, need help or are wrong is a sign of strength – not weakness.”

A key theme throughout Engage was the emergence of artificial intelligence (AI).

Bullhorn’s Dominic Herbert challenged whether AI systems make for inclusive or exclusive hiring processes during one session (AI is proven to be 40% less diverse than humans).

During the ‘Artificial Intelligence and the Human Impact’ break-out session, featuring panelist Matt Doucette from Facebook, the looming threat of AI replacing humans was discussed.

The panel noted that “although 47% of jobs will be automated by 2035, it is not yet seen possible for AI to replace decision-making tasks”.

The Future of Bullhorn

Matt Fischer, President, and CTO spoke during the Vision for Innovation keynote about the realisation of a front to back solution – enabling recruitment agencies to Run As One; Sales, Recruit, Onboard, and Pay & Bill.

Guest speakers joined Fischer on stage and highlighted both technology solutions available today such as Mobile and Onboarding as well as future solutions (currently available in North America) such as Pay & Bill.

Fischer closed the session turning to artificial intelligence, explaining the investment Bullhorn has already made into this fast-evolving area.

“The key is not the AI technology itself but to find a compelling use case.”

Fischer explained that he believed a key use-case for AI with the sector was to capitalise on the redeployment of contract or temporary labour.

At cube19, we have already made significant steps to address the contractor redeployment rate challenge. Actionable Insights does just that – so why not take a cube19 demo?

I hope you enjoyed it.

Maisie is the Content Marketing Executive at cube19 and spends her time evangelising the cube19 story.